On the first weekend in November, we finally had a long-delayed barbecue with our neighbours. Mostly organized by our neighbours, I was in charge of the grilling, with limited additional instructions for items that I've either never tried, or require special treatment.

When I was told that we were having a Hong Kong barbecue, I had to know how it differed from a North American barbecue. In general terms, it means a wide variety of foods to be grilled, and in this particular case, coated in a diluted honey mixture when each item was nearly done.

With the amount of food we were grilling, it was more of a marathon than a meal. We really enjoyed it.

I was responsible for the salads - some of which were barely touched. We had some hummus as an appetizer, and I had made a gigantic pasta salad. I had bought a couple bags of Caesar salad, however, we didn't even bother opening them because there was just so much food!

We started the grilling with some sweet potato and Chinese eggplant (not pictured - we were too busy eating). Both were wrapped in foil and roasted. The eggplant was served with a bit of soy sauce.

Next was the squid - just the tentacles. 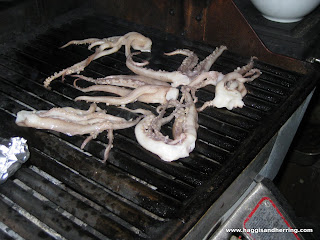 I oiled the grill, but the squid still stuck a little. When I took them off the grill, it was like they were holding on, trying to get away.

The final bit of seafood was an unidentified fish (unidentified because I forgot what it was called). It was bigger than herring, but smaller than a trout. 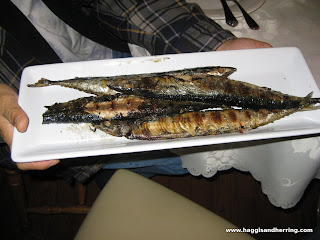 The fish was actually the most dramatic dish. It was a little oily and caused a flare up on the grill when I was inside eating some squid: 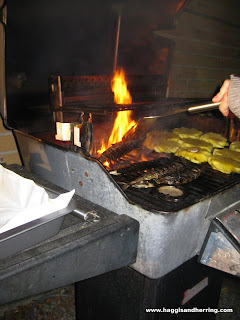 I had never had flames that big on this grill. But the flames were not nearly as impressive as the job Meredith did separating the fish from the bones: 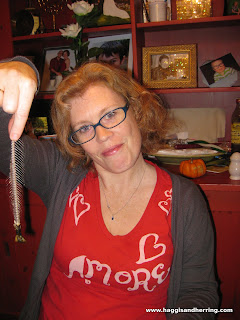 We also grilled some zucchini and peppers... 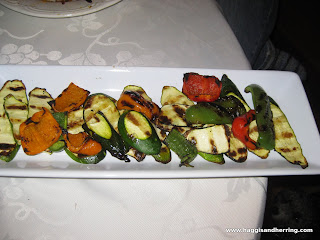 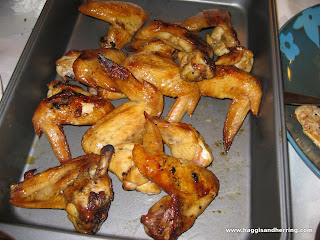 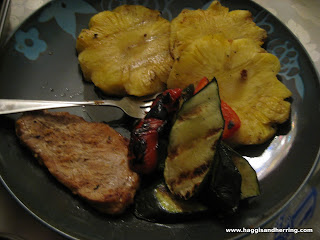 And like the first items we grilled, we finished off with another item we forgot to photograph - steak.

Yes, there was that much food, and both the food and the company was excellent.