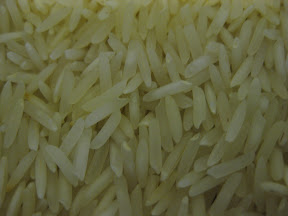 After the holidays, my colleagues were inspired to bring some leftovers to work. When we ran out of leftovers, "just bring more food" became the answer.

It took another week to get the recipe for the congee, but it was worth it. 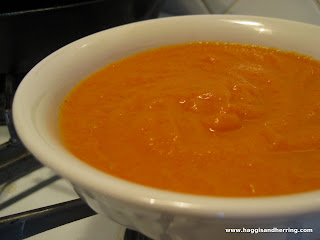 A couple of weeks ago, I drove my parents home from an appointent (Dad couldn't drive) and a free non-Friday dinner accompanied the trip. Not being a Friday, the soup was allowed to be something other than chicken.
Mom found an interesting recipe for a roasted vegetable soup with all sorts of fancy stuff, and decided that it might taste just as good without the fancy add-ons. It did, and it was fun to recreate as well.
Roasted Vegetable Soup 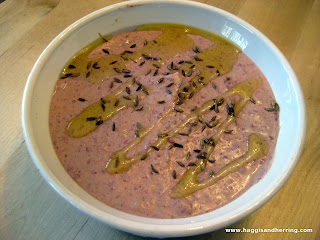 At our spectacular post-new-year's xmas potluck dinner hosted by Penny of Sweet Sadie's baking blog, I tried something that I haven't made in about 13 years – hummus made from something other than chickpeas. Meredith* did a great job and mentioned that it was somehow healthier than hummus with chickpeas (I don't recall why, possibly because there's more fibre) so I decided that I was going to make it again myself.

Why would I have made hummus with anything other than chickpeas? When I lived in Peterborough, I had a friend who was allergic to all legumes, but not beans. Being a smarty-pants, I made two batches of hummus using red and white kidney beans and served them together in a wide and shallow dish. I arefully poured and spread the hummus in the dish so it looked like the symbol for Yin and Yang. What a hippie. 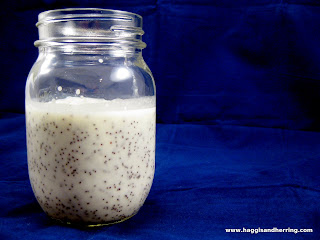 Bottled salad dressing is pretty much banned at the Haggis and the Herring. I used to always keep a bottle or two in the fridge, however, when Meredith started eating dinner at my place, she always asked for home made dressing.
Eventually, the bottled dressing went bad and I was asked to not buy anymore. I still occasionally bring some home in a bagged caeser salad kit, or if someone gives us a fancy bottle of salad oil as a gift, but the run of the mill Kraft dressings won't make it past the door.
Earlier in January, we were visiting our friend Julia of Fibre Fantastics, and we were served a salad with an amazing poppy seed dressing. It looks like any other poppy seed dressing (white with black seeds dotting throughout) but it tasted fabulous.
Julia was happy to share it with us and we were also told another salad secret: we can change the colour of the dressing by using a red onion. Very neat.
I didn't have the apple cider vinegar when I first made it myself, so I substituted rice wine vinegar and used less sugar. Also very good.
Poppy Seed Salad Dressing
Note: Julia's original recipe used apple cider vinegar and 3/4 cup white sugar.
(inspired by Julia's Delectable Dressing)