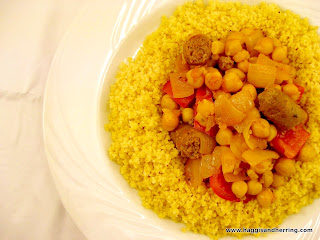 When I saw Food Floozie's chickpeas with chorizo, I knew that I had to make my own version of the dish. I had Moroccan sausages in the freezer, so I was pretty much ready to go. This version wasn't going to be vegetarian or using pork. I don't associate the flavour of pork with Moroccan cuisine - probably because most Moroccans I've met are either Jewish or Muslim.

I had originally thought about using some Merguez (lamb) sausage, but I had found the "Moroccan" sausage in the freezer. The Moroccan sausage isn't one of my favourites, but it holds a special place for me as it's the sausage my grandfather and father make at family events. The (kosher) butcher who makes them packs them with a significant amount of fat, so they practically swim in the pan, or, result in two-foot-high flames on your grill. Good times.

Moroccan Sausage and Chickpeas
by Daniel Saraga May-25-2012
A tasty combination of sausage, chickpeas and cous cous
Ingredients
Instructions
1. Heat the oil in a medium saucepan over medium heat. Brown sausages for 3-5 minutes and break them into chunks using the sharp end of a spatula.2. Add the garlic and onions and continue to saute for 5-10 minutes, until onions are soft.3. Add the remaining ingredients and bring to a boil.4. Turn heat down to medium and let simmer, covered, for 10 minutes, until most of the liquid is absorbed.5. Serve with cous cous.
Details
Prep time: 15 mins Cook time: 30 mins Total time: 45 mins Yield: 6-7 servings

Beer Cocktails from Miller and Corona

Recently, my friends at Miller told me about a new trend in beer: beer cocktails. Since I've already used beer in cooking, I was more than willing to give beer in cocktails a try, and I'm so glad I did!

The beer arrived just in time for the Victoria Day long weekend and we tried out the cocktails at a small family barbecue. My mother-in-law had also recently heard of beer being used in cocktails and was excited to give them a try herself.

We tried the margarita first, after finishing a big load of yard work. I changed the recipe slightly from the original (for lack of ingredients), and the substitutions worked really well. It had a nice kick with the habanero sauce. Meredith was super-impressed, as I've never really mixed my own drinks before. She joked that when I was in university, I used my blender for cooking, while she used hers for mixing drinks.

We'll definitely be making these again for friends. Both drinks were hits and I'll be sure to pass the recipes on to friends.

Note about the simple syrup used in both recipes: you can make your own simple syrup by bringing one part water and two parts sugar to a boil. Remember to let it cool before adding it to your drink. 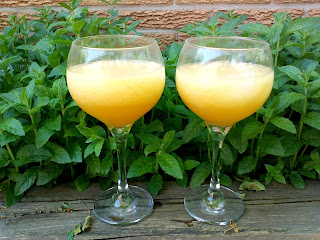 
The mojito was second - I mixed them up before I started up the barbecue. I ended up using a little more syrup than the original recipe, but that's just my preference. It also turned out much better than anticipated, and I'm quite happy about it.
1
Thanks so much, Miller and Corona

The mojito was the drink my mother-in-law was excited about trying and it met her approval as well (without the extra syrup). 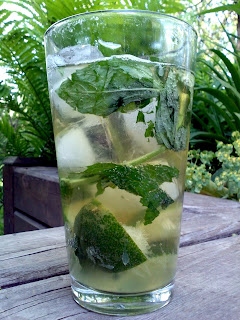 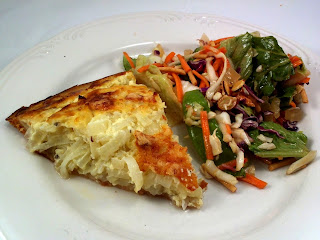 Recipes by the Haggis and the Herring: tasty world recipes tested in our kitchen
Try other tasty recipes
Posted by Unknown at 12:00 PM 15 comments: 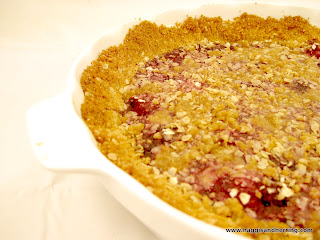 With friends coming over for dinner on a Friday in March, and the dinner being one of our standards, Meredith felt that it was time to try out an experiment she had been mulling over for a while. She had the basics for a graham cracker pie crust and was working an idea for a berry filling as well.

It came together, and stayed together incredibly well, and tasted amazing, of course. Unfortunately, I didn't have the presence of mind to take a picture of a slice of the pie (it didn't last long enough) so you'll have to just believe me that the pie didn't fall apart. 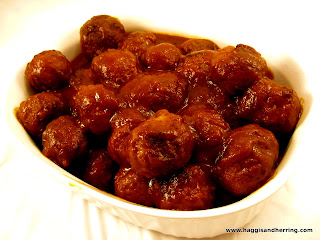 It all started out with a Guinness barbecue sauce recipe I saw, however, the recipe called for far too much sugar. That got me thinking that I wanted to make meatballs with some kind of barbecue sauce. The researching started.

I eventually found a recipe for Dr. Pepper barbecue sauce and went from there. I know that Dr. Pepper tastes like amaretto, and I figured meatballs in amaretto sauce sounds classier. I adjusted several ingredients, found some ingredients that were lower sodium (ketchup, Worcestershire sauce) and generally used less salt, and added an ounce of amaretto liqueur for extra flavour.

Unfortunately, I didn't have time to make the meatballs from scratch. If I did, I probably would've added some of the sauce into the meatball mixture as well.

The sauce was excellent. We had a bit left over so I bottled some up for a couple of people.

Meatballs in Amaretto Barbecue Sauce
by Daniel Saraga May-4-2012
The sauce is a tasty change for meatballs. Serve it with mashed potatoes for a warming meal.
Ingredients
Instructions
1. In a saucepan, melt the butter on medium and saute the onion and garlic for 10 minutes.2. Add all remaining ingredients and bring to a boil.3. Reduce to medium and let simmer for 45-60 minutes, stirring every few minutes until thick.4. Let the sauce cool slightly and puree using an immersion blender.5. Let simmer on low for another 5-10 and pour over meatballs.
Details
Prep time: 15 mins Cook time: 1 hour Total time: 1 hour 15 mins Yield: 6 servings