I was contacted by the people at Three Farmers in Saskatchewan (Canada) asking if I'd like a sample of their new oil from a seed called camelina. Rarely do I turn away free stuff, so I agreed, and several weeks later, a teeny, tiny package arrived at my door: 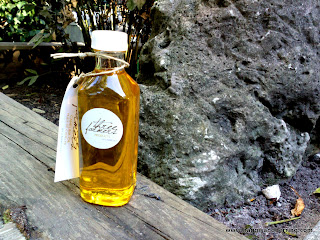 Clearly, this must be some hot stuff if they only sent me about a half a cup's worth of the stuff. I imagine it's related to the amount of processing required to render a high-quality cold-pressed oil. It's only available at high-end retail outlets such as Pusateri's and The Cheese Boutique. You can check their website for other places in the GTA and across Canada.

Camelina is what's referred to as an aincent grain. The oil itself is rich in omega fatty acids, has a slight nutty flavour and an earthy smell (Meredith: "it smells like dirt, but the food tasted so good with it!")

According to the Wikipedia article on camelina, the seed has been busy in areas like biofuel production and animal feed as well, so it's clearly starting to pick up again in terms of popularity, even if it's not in the human consumption department.

Three Farmers has some good ideas behind it - a small collective of farmers working together to make a specialized product. Neat from a technical standpoint: each bottle comes with a QR code to help geographically locate where the seeds were harvested from.

Both dishes turned out spectacular. The oil wasn't overpowering and blended well with the flavours. 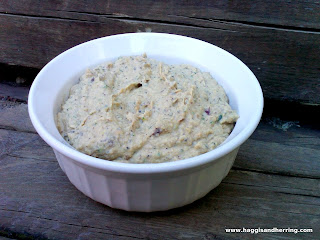 Linked to Jane Deere's Fusion Fridays
Posted by Unknown at 9:00 AM