Pickled Beets
Note: if bottles were sterilized, beets don't need to be refrigerated until opened.

Pickled Eggs
Note: use eggs within one week after opening. 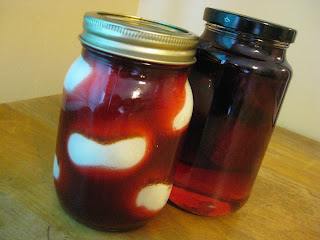 Try other tasty recipes
Posted by Unknown at 6:30 AM